I remember wondering then if it was perhaps the house that caused these families to be strange.

"The early morning sun peeping up from behind this home's conical roof created an ominous shadow on the cracked cement sidewalk. We brooked about the folks who lived there, mainly because no one ever saw them except for bridge glimpses at Disk, When they returned from parts unknown.

Hot summer weekend would come and go, but the haunted yard plastic-slatted lounge chairs. In winter a local plow service would clear the driveway after an abundant snowfall, but this reclusive family left the front steps unshoveled. When they finally moved away, the strangest things happened.The family that replaced them wad also odd. I remember wondering then if it was perhaps the house that caused these families to be strange. 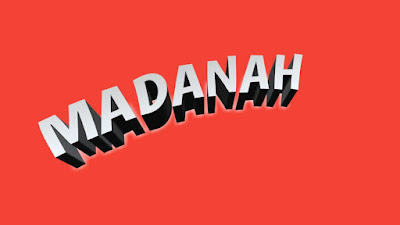 Looking back, I Realize this house had terrible feng shui. It was at the end of a T-juncture in a roadway and had an enormous dead tree stump stationed like a wounded sentinel by the front door. Buildings at the end of a T-juncture can suffer the negative effect of racing energy as cars, people, or wind drives straight down the unencumbered roadway toward them .not removing a Dead tree stump signals a family 's lack of sensitivity to its surroundings. If we don't take care of that which once radiated life, there is a great likelihood that we will be careless with our own well-being.


Much more recently, I lectured at a popular holistic health center. The founder had stepped down and the organization glue was dissipating. As soon as I arrived, I identified the stench of decline by observing the physical plant. Formerly a pristine environment, it was fraught with tiny enclaves of clutter, litter, and disrepair.


A family, person or institution 's health can be detected by interpreting conditions in an environment. Our relationship with our surroundings is interactive, and the health of one is reflected in the other. Even small changes can consume vitality like a rotten apple in a barrel of healthy ones.


‌As contemporary Westerners, however, We must relearn that biology, social structure, and psychology flavor the soup of human individuality. We ignore how our ancestors lived for thousands of generations. No longer do we time our waking And sleeping patterns with the rising and setting of the sun. We create uniformly lit spaces with no regard for the normal changes in daylight. This requires our bodies to keep a steady pace all day long rather than rise and ebb with the passage of light.


We are both blessed and cursed with The power to interact with our environment, unlike any other species. Sensitivity to our internal conditions is weakened when we allow technology to overwhelm biology To understand the philosophy behind dengan she, a knowledge of how we are tied biologically to our environment is imperative. Just as we are molded by the people who rear us, we are shaped by the sensory interaction between us and our setting  In a trailblazing experiment during the 1960s social scientist Roger Barker recorded the action of children in different venues over an extended period of time. The results were astonishing. In a line at a movie theater, an aggressive child would wait for submission, for example, while at a football game a normally subdued child would shout with abandon. Barker concluded that the places children occupied influenced their behavior more than any other factor, including
education