Bad news for fans of Spiderman, this may be due to farewell to Marvel Cinematic Universe

- September 10, 2019
Bad news for fans of Spiderman, this may be due to farewell to Marvel Cinematic Universe 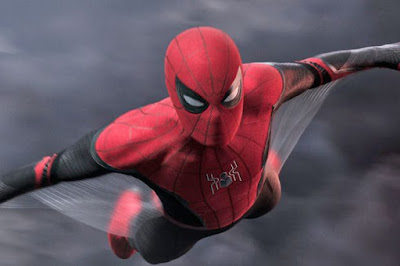 Marvel's character is bad news for Spiderman fans.  Like other Super Heroes, Spider-Man has a special place in the Marvel Cinematic Universe series of films.  But there are fears that you may not see Spider-Man in Marvel's upcoming movies.  Due to the controversy over profit sharing, Spider-Man can now say goodbye to Marvel Studios' movies. The rights to the Spiderman character have been with Sony Pictures since 1985.  In 2015, Sony signed a deal with Disney, which led to Spider-Man's entry into the Marvel Cinematic Universe films.  Now this deal is in danger.  The deal came under threat when Disney asked Sony Picketers to participate 50-50 in its production for upcoming Spider-Man films.

According to Hollywood reports, Tony Vinciquera, CEO of Sony Pictures, declined the partnership without thinking, after which Sony spoke to Disney about a new offer.  Disney flatly refused this new offer.  Because of this new development, Marvel Studios president Kevin Figgie is also looking to get away from the Spiderman series films.

Due to these controversies, two films of the Spiderman series are being described as a crisis.  However, Sony Pictures and Disney have not made any official or formal announcement regarding this