Bhimashankar has the sixth place in the 12 Jyotirlingas of Lord Shankar.

- September 03, 2019
Bhimashankar has the sixth place in the 12 Jyotirlingas of Lord Shankar. 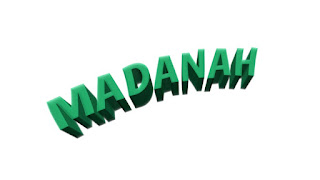 This Jyotirlinga is located on the Sahyadri mountain, about 110 km from Pune in Maharashtra.  The Shivalinga enshrined in this temple is worshiped as a god.  The Shivalinga installed in this temple is quite large and thick, due to which this temple is also known as Motheshwar Mahadev.  The Bhima River flows near this temple and joins the Krishna River.  But do you know what is the religious significance of Bhimshankar Jyotirlinga?  Also, what is the religious story behind the establishment of this Jyotirlinga?  if not!  So next we know it.According to the legend which came in the scriptures behind Bhimashankar Jyotirlinga, Kumbhakaran's father had Bhima.  Kumbhakaran is said to have found a woman named Karkati on the mountain.  On seeing him, Kumbhakaran was fascinated by her and married her.  After marriage, Kumbhakaran returned to Lanka.  But Karkati remained on the mountain.  After some time, Karkati had a son named Bhima.  It is said that when Shriram killed Kumbhakaran, Karkati decided to keep his son away from the walk of the gods.  When he grew up, Bhima decided to take revenge from the gods when he came to know the reason for his father's death.  Bhima got the boon of being very powerful by doing austerities to Brahma. The king named Kamarupeshwar was a devotee of Lord Shiva.  One day Bhima saw Raj worshiping the Shivling.  After which Bhima asked Raj to leave the worship of God and worship him.  After the king refused to listen, Bhima took him captive.  Raj started worshiping by making Shivling in the same place.  When Bhima saw this, he tried to break the Shivling made by the king with his sword.  On doing this, Lord Shiva himself appeared with the Shivling.  After which a terrible war took place between Lord Shiva and Bhima.  In which Bhima died.  The gods then prayed to Lord Shiva to stay in the same place forever.  They are said to have been established at the same place as Shivalinga at the behest of the gods.  Due to the battle with Bhima at this place, this Jyotirlinga got the name Bhimshankar.