Meaning: - For the salvation of gentlemen at the holy confluence of river Kaveri and Narmada, Shri Omkareshwar, who is always seated in the city of Mandhata, is a Jyotirlinga. 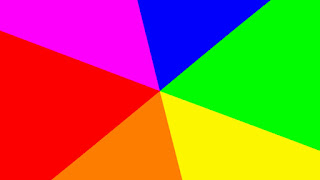 It is located on the island named Mandhata or Shivpuri, in the middle of the river, north of Narmada in Khandwa district, 4 km from Indore, the main city of Madhya Pradesh.  It can be reached by road from Indore.  This island is built in the shape of Hindu sacred symbol ॐ.  Omkareshwar Linga is a natural lingam.  There is always water around it.  There is a tradition of offering gram lentils to Lord Mahadev here.  The glory of Omkareshwar region is also mentioned in Skanda Purana, Shiv Purana and Vayu Purana.

It is believed that Lord Shiva appeared in the form of Omkar and Yayawar Shiva comes here and rests daily after traveling in all the three worlds. Hence, the sleeping aarti and sleeping philosophy are of special importance here.

According to another belief, the word Omkar was pronounced from the mouth of the creator Brahma, so the recitation of any Veda is not complete without its pronunciation.  It is believed that 33 crore deities reside in this sacred area.

1 King Mandhata pleased Lord Shiva by doing severe penance on this mountain of Narmada coast.  Asked him a boon to live here.  From then on, this Shiva site started to be called Mount Mandhata Mountain.

2 According to another legend, the Shivling was established in this temple by Kubera, the Dhanapati of the gods.  Here, Abhishek and Lakshmi Vriddhi pocket (Siddhi) distribution is done from 6 am on the morning of Dhanteras.  By taking the house of Diwali on the place of keeping wealth according to the law, there is abundant wealth and happiness in the house.

3 According to one story, there was a fierce war between the Devas and the Demons.  Demons started winning.  Then Lord Shiva defeated the demons by coming in the form of Omkareshwar Jyotirlinga.

4 According to a mythological story, once the wanderer Narada Muni processed the mountain Meru from the Vindhya mountain.  To become bigger than Meru, the Vindhya Mountains worshiped the Parthivaling of Lord Shiva here and received the grace and boon of Lord Shiva.