"Ram" - Mythology: -. This story is of a stubborn child who had absolutely no faith in God.

- September 03, 2019
Once the price of chanting the name "Ram" - Mythology: -.  This story is of a stubborn child who had absolutely no faith in God.  Seeing the child becoming an atheist at this young age, his father, while discussing this subject with 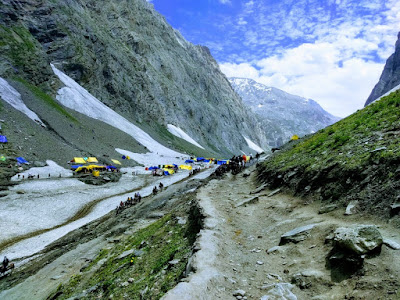 a learned scholar, urged him to somehow invoke the name of God from the mouth of the child.  On the father's request, Pandit ji organized a text-worship at his home.  Pooja continued at home for the entire 3 days, but the child locked himself in the room and did not come out even after calling everyone.

Pandit ji concluded the worship and started waiting for the child to come out at home, as soon as the child came out of his room, Pandit ji held the wrist of the hand of the child vigorously.  Panditji held the child's wrist so hard that the child had unbearable pain and the child spontaneously uttered - "Hey Ram, save me".  Leaving the child's hand, Panditji said to the child's father, your child has learned to take the name of God.  Meanwhile, the child said that today the name has gone out of my mouth, it will never happen again after today.

On hearing this, the child suddenly remembered the talk of that Pandit ji that whenever you get the price of this Ram's name, do not sell it.  Thinking like this, the child said, "Yamraj, give me the fruit of this, I do not understand."

Yama and Chitragupta, distraught, took the child along with him in his chariot and went to Brahma to get the answer to his question.  Brahma ji told the whole story, hearing this, Brahma Ji said that we do not even understand what virtue the child should get once chanting the name of Rama.  Now Lord Brahma too rode in a chariot with Yamraj, Chitragupta and children and came to Lord Shiva to know the answer to this question.  Lord Shiva also started getting a little distracted in answering the fruit of chanting Ram once.  In the end, he too sat in the chariot with everyone and went before Lord Vishnu and everyone asked Lord Vishnu, this child has once taken the name of Rama, what virtue should it get? We are all a little confused.

Hearing this, a small smile started coming on Lord Vishnu's face and said with a smile, this child once took the name of Rama and in return he got visions of Brahma, Vishnu and Mahesh, what more virtue is better in this life.  Can be