- September 07, 2019
The steady devotion is found by the grace of Shri Mallikarjuna Mahadev
Know the glory of Mallikarjun Jyotirlinga 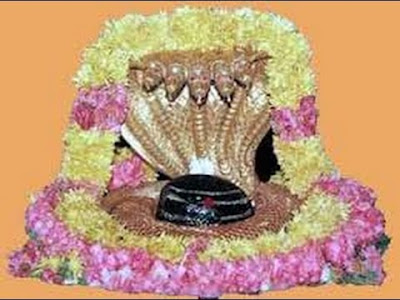 To attain steady devotion at the feet of Lord Shiva, one should worship Mallikarjuna Mahadev.  His glory has been described in detail in the scriptures.  This Jyotirlinga is situated on the Shree Shaul mountain on the banks of Krishna River in Andhra Pradesh.  This mountain is also considered to be the Kailash of Dixit.  The glory of Mallikarjuna Pagoda and the Tirtha Ksotra are described in the Puranas.  Here, all the Satvik wishes of the devotees are fulfilled by worship and worship.  With the grace of the devotee Lord Shiva is liberated from all physical, divine, physical obstacles.

By the grace of Lord Shiva one gets steady devotion and the living being attains the ultimate salvation.  The glory of Lord Mallikarjuna was described in Vedic texts like Shivpuran, Padmapuran and Mahabharata etc.  His glory has been described as incredible.  There is a story of Jyotirlinga, according to the story, it is a matter of time that Lord Shankar's two sons Karthikeya and Ganosh started quarreling among themselves.  Both insisted that they get married first.  Seeing their quarrel, Lord Shankar and Mata Parvati said that the one who will return before orbiting the earth, will be married first.  Hearing this, Lord Kartikeya immediately left his vehicle on the peacock for the preservation of the earth, but for Ganesh ji this task was very difficult, his vehicle was a mouse.  Then Lord Ganesha concluded by using sharp intellect and he found an easy way to revolve around the earth.

He first worshiped Lord Shankar and his mother Parvati, that is, his father and mother, and then by doing his seven prakashanas, he completed the work of the pradakshina of the earth.  This work of his was also approved according to the scriptures.

On this, Goddess Parvati reached there to convince them, Lord Shankar also reached there and was established as Jyotirlinga.  Since they were first worshiped with flowers of Mallika, it was named Mallikarjuna.

There is also another legend, according to which according to this Shaul mountain was ruled by King Chandragupta at one time.  Due to some misfortune, the daughter of King Chandra Gupta left the palace and started living with the Gopas here on the mountain.  The girl had a Shyama cow.  Milk of this cow used to steal milk at night.  One day, the princess saw someone milking the cow and ran to catch the thief, but Gau reached near and saw that there was nothing but Shivling, then the princess made a huge temple on this Shivling  Built
education
Location: India