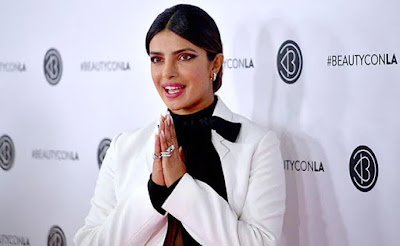 New Delhi  Unicef's response to the online campaign to remove Priyanka Chopra from the post of UN Goodwill Ambassador for Peace may come as a shock to Pakistan.  UNICEF clearly stated that they have no concern with what any Goodwill Ambassador personally says.  Speaking to reporters on Thursday, UNICEF Secretary General Antonio Guterres spokesman Stephen Dujarric said on a question related to Priyanka Chopra that when the Goodwill Ambassador of UNICEF had a personal opinion, she was asked to speak on such issues.  Rights that affect them.  Their personal views or actions do not necessarily reflect UNICEF.  But when they speak on behalf of UNICEF, we hope that they take care of the unilateral and authentic position of UNICEF.

Regarding the roles of UNICEF Goodwill Ambassadors, he said -

UNICEF Goodwill Ambassadors are special individuals who volunteered their time and public image to promote children's rights.  Let me tell you that during the Balakot air strike, Priyanka wrote Jai Hind on her Twitter, referring to the Indian Army.
education